The Department of Chinese Language of the Center of European and Asian Languages is a specialized department of the Center, which prepares students for intellectual competitions in Chinese language and culture of China, including the All-Russian Olympiad for schoolchildren, supervises educational and methodological support of all additional and basic programs of the CPP, APO, CA Coalition and the CPM School and develops a line of authoring educational and methodological materials on Chinese language and linguocultural studies of China.

The Department was established on June 29, 2016, during the Summer Olympiad School for Chinese Language Studies, which was held in Moscow in June-July 2016. Among first four teachers at the department were V. V. Kruglov, E. O. Sycheva, E. Y. Yanovskaya, and M. S. Vinogradov. The teaching process was divided into a practical course on Chinese language and Chinese linguistic and regional studies. In addition, students prepared group projects as part of their research work.

After the success of the first Olympiad site in Chinese, the leadership of the Center for of pedagogical proficiency decided to open a coaching headquarter of the Moscow team to prepare for the All-Russian Olympiad in Chinese for students. In October 2016, the first full-time course to prepare for the All-Russian Olympiad in Chinese began at the Center for Pedagogical Skills. The course was divided into aspects corresponding to the sections of the Olympiad – “Listening”, “Reading”, “Lexical and grammatical aspect”, “Linguocountry study of China”, “Writing skills”, “Speaking skills”. Later, various special courses were taught, including “Hieroglyphic and Grammatical Aspects”, “Lexicology of Chinese Language”, “Phonology of Chinese Language”, “Confucianism: History and Modernity” and others.

The department constantly conducts educational and methodical work, goes on the development of textbooks. By the present time 6 textbooks have been already published:

The staff of the department has written a vast number of articles devoted to various issues of preparation for intellectual competitions in Chinese.

In 2019 the department together with the International Children’s Center “Artek” became the organizer of the First All-Russian Chinese Language Competition “Golden Dragon”. In August 2019 and January 2020, Artek hosted a program to prepare talanted youth to participate in intellectual competitions in Chinese language, the educational and methodological part of which was fully provided by the Department staff, as well as guest lecturers, in particular – Professor A.G. Storozhuk.

One of the department’s outstanding projects in 2020 was the educational project “Sinology Online”, which attracted a huge audience across Russia. The lecturers at the project were Russian and foreign Chinese scientists.

At the moment the important strategic directions of the department’s work are: 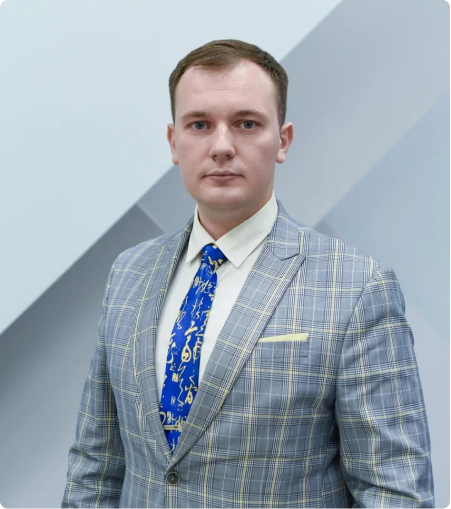 Head of the Department of Chinese Language

In July 2018, he also graduated from the Military Department of MGIMO, VUS "Linguistic Support of Military Activities". In 2020, he graduated with honors from the magistracy of the Institute of Asian and African Countries, Moscow State University. MV Lomonosov in the direction of "Oriental and African studies" and the magistracy of the Institute of Foreign Languages of the Moscow State Pedagogical University in the direction of "Pedagogical education".

The head of the department is Vladislav Vladsilavovich Kruglov. In 2018, Vladislav Vladislavovich graduated from the Moscow State Institute of International Relations with a degree in Foreign Regional Studies – China. In July 2018, he also graduated from the Military Department of MGIMO, VUS “Linguistic support military activity “. In 2020, he graduated with honors from the magistracy of the Institute of Asian and African Countries, Lomonosov Moscow State University in the direction of “Oriental and African studies” and the magistracy of the Institute of Foreign languages ​​MSPU in the direction of “Pedagogical education”.

During his studies, Vladislav Vladislavovich underwent numerous internships, including:

Also Vladislav Vladislavovich passed many refresher courses both in Russia and abroad:

Total work experience since 2016. Experience of scientific and pedagogical work since 2017.

Vladislav Vladislavovich is the author of textbooks and scientific works, the key ones of which are:

Teachers of the department